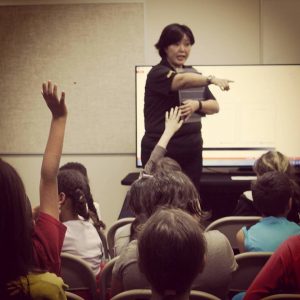 SolarMax Helps Students STEP into the Future of Renewable Energy

If you’re one of those folks worried about society’s collective future, particularly when it comes to the next generation of leaders, you would have been impressed by the innovation and thought leadership on display at the recent Science Technology Education Partnership (STEP) convention in Riverside Ca. Oct. 6-7.  We were. Hosted at the UCR Bourns College of ...

As long as they have been available for home use, solar panels empowered homeowners to reduce their carbon footprints and reliance on nonrenewable resources. The environmental impact of going solar is well documented. According to the U.S. Environmental Protection Agency, the average solar home can have the same impact on the environment over its 30-year lifespan as ...

Long established as the oil capital of the world, the Middle East doesn't come to mind quickly in conversations about renewable energy, unless as a contradiction. That's all about to change, with two massive solar energy projects currently under construction in the gulf region.

How much of the world would need to be covered in solar panels to power Earth? Hint: it's not as much as you think

Let's use our imaginations for a moment. With states like Hawaii and California pushing ever closer to full reliance on renewable energy, and more than half of all new U.S. energy sources coming online generated from solar, it's not out of the question to imagine a world completely powered using energy from the sun. In your mind's eye, what does this world look like? ...

In the midst of California's record-setting drought, researchers at the University of California's Advanced Solar Technologies Institute (UC Solar) are using the power of the sun to make water desalination cheaper, more accessible and cleaner.

Solar energy steps up to save drought-strained California power grid

While solar power has shown itself to be renewable, cost-effective and carbon-free, it is its resiliency that is saving Californians during the state's severe drought.

This June, utility-scale solar generators output 31 times more electricity than they did a decade ago, according to new research from the U.S. Energy Information Administration.

Is solar a good fit for your home?

Amid the past year of record-breaking solar growth across the country, the residential market has grown the most. American homeowners added 437 megawatts of solar capacity last year, enough to power more than 71,000 houses. If you are thinking about cutting your energy costs and carbon footprint as well, here are four indicators that your home is good for solar:

Last year, California added nearly 7,500 new solar energy jobs, with another 10,000 expected for 2015, according to The Solar Foundation's California Solar Jobs Census. The 16 percent growth in the solar market last year brought California's total number of solar jobs to 54,690, 31 percent of all solar employment in the U.S.

Though it was the last state to join the Union, Hawaii is making a push to be the first state to use 100 percent renewable energy.

Let us call you back
and answer your questions.